Attitudes towards marijuana have undergone a rapid shift in recent years. More people than ever are in favor of legalizing the drug, and acceptance of its use in medicine is on the rise. However, there are still many people who strongly oppose its use under any circumstances.

Whatever your views, here are 35 fascinating marijuana statistics about the use and production of cannabis:

1. 49% of Americans have tried marijuana at some point in their lives. (Source: Pew Research)

2. If marijuana was legalized throughout the US, it is estimated that $8.7 billion of tax revenue would be generated. (Source: Factslides)

3. The cannabis plant contains almost 400 chemicals. One of these, THC, is responsible for almost all the drug’s mind-altering effects. (Source: University of Southern California)

4. It is estimated that if marijuana was legalized, the American beer industry would lose $2 billion. This is because many people say they would use marijuana instead of alcohol if the former was legal. (Source: DMR)

5. It is almost impossible to overdose on marijuana, though the drug can have negative effects on the body. The carbon monoxide in a joint is more lethal than the marijuana itself; however, you would have to smoke 800 joints in one sitting to get carbon monoxide poisoning. (Source: Herb)

7. After you use marijuana, the psychoactive chemical THC may be present in your urine for up to nine days. (Source: Trend Statistics)

10. A third of the cannabis plants in the US are grown indoors. (Source: Mother Jones)

11. 9% of the electricity used by Californian homes is linked to the indoor growing of cannabis. Growing it outdoors uses far less energy. (Source: Mother Jones)

12. Papua New Guinea has the highest proportion of cannabis users of any country in the world; 29.5% of its citizens use the drug. The worldwide average is 5.8%, and the United States ranks twelfth. (Source: Statistic Brain)

13. Recently, doctors from 72 different countries were surveyed about the use of medical marijuana and can be obtained from marijuana stores near orange county ca. 76% of the 1,446 respondents thought it should be legal. (Source: Trend Statistics)

14. 9% of those who use marijuana become addicted to it. Comparatively, 15% of alcohol-drinkers and 32% of tobacco-smokers become addicted. (Source: Herb)

15. In 2014, the US Drug Enforcement Agency confiscated 163,638 lb of domestically-grown marijuana. That’s enough to make over 72 million joints. (Source: Herb)

22. Colorado has 19.8 medical marijuana patients for every 1000 residents, more than any other state. The national average is estimated to be 8.06 per 1000. (Source: Trend Statistics)

23. On average, those who use marijuana eat 600 more calories per day than those who don’t. (Source: Herb)

24. In 1971, a bag of marijuana became the first thing ever to be sold over the Internet. The purchase was made by students from Stanford, who bought the drug from students at MIT. (Source: Factslides)

25. The cannabis plant is so adaptable that it can be grown almost anywhere in the world. (Source: Random History)

27. More than 200 slang terms are commonly used for marijuana. These include ‘weed’, ‘pot’ and ‘hash’. (Source: Random History)

28. Today’s marijuana is up to 67% more potent than the marijuana of the 1970s. This is largely due to hydroponics techniques, which are now commonly used when growing cannabis. (Source: Herb)

29. It is estimated that 0.81% of Americans now use marijuana for medical purposes. This figure only includes those who use it legally. (Source: Trend Statistics)

30. 18 pints of beer could be produced with the energy required to make a single joint’s worth of cannabis. (Source: Mother Jones)

34. A recent Colorado study indicated that there was a gender split when it came to the proportion of people in favor of legalizing cannabis; 58% of the men surveyed supported outright legalization, compared to just 39% of the women. (Source: Trend Statistics)

35. Worldwide, someone is arrested for a marijuana-related offense every 36 seconds. 89% of these arrests are thought to be related to possession of the drug rather than its growth or manufacture. (Source: Simple Cannabis)

By looking at these statistics, we can begin to understand the changing role of marijuana in our society. Though its use as a recreational drug has long been condemned, growing acceptance of its use in medicine has already begun to change its image. It remains to be seen whether this will have a positive or a negative impact on our society.

Also, be sure to check out our SEO statistics post for more informative stats about marijuana and the marijuana industry. 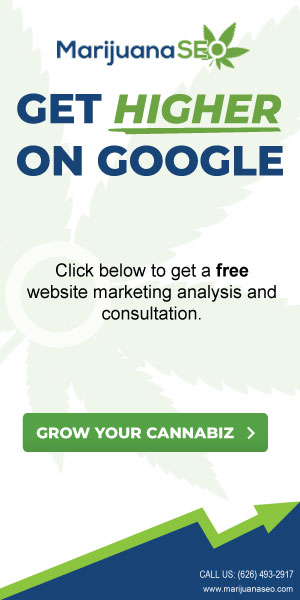